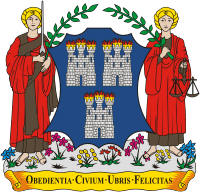 I would put my money on hearing a lot about Milwaukee County in the coming week. This is one of two big areas where HRC needed to win big along with Dane County (Madison, WI) to offset the Trump gains in the rural counties (just when you Netflix fans thought you were done Mannitowoc and Calumet Counties!).

Overall, the ‘Big Blue’ county bucked the statewide trend, and rather than showing a 3% decline, it showed a fractional increase. Hillary held onto the Obama vote despite Stein getting stronger. Trump didn’t hold onto big-city Romney voters, losing a chunk to Johnson.

Ok, now let’s go to Milwaukee County, the other place where Clinton needed a big haul to clinch the state. It’s almost twice as big as Dane County, so if Clinton did as well in Milwaukee, as she did in Dane/Madison, she would be in good shape.

Did we also see a fractionally bigger turnout with Clinton holding solidly onto the Obama vote, maybe even getting a few thousand more? Would we see urban Wisconsin Republicans bail a bit on Trump towards Johnson? Check it out:

Instead of Clinton growing Obama’s vote by about 1%, she got 13% LESS! Trump was 14.1% off Romney in Dane/Madison, and 18.2% off Romney in Milwaukee. Some stayed home, some bailed to Johnson.

Now, either the people of Milwaukee County REALLY hated Hillary and stayed home, or something really odd went down in Milwaukee. If we saw a huge pick up by Stein, I might buy it, but Stein improved comparably in Milwaukee as she did in Dane, maybe a little better.

I imagine these were some of the things that got the experts thinking something was up.

© Antoin O'Floinn and teflondub.com, 2015. Unauthorized use and/or duplication of this material without express and written permission from this site’s author and/or owner is strictly prohibited. Excerpts and links may be used, provided that full and clear credit is given to Antoin O'Floinn and teflondub.com with appropriate and specific direction to the original content.
Loading Comments...
Comment
×
<span>%d</span> bloggers like this: