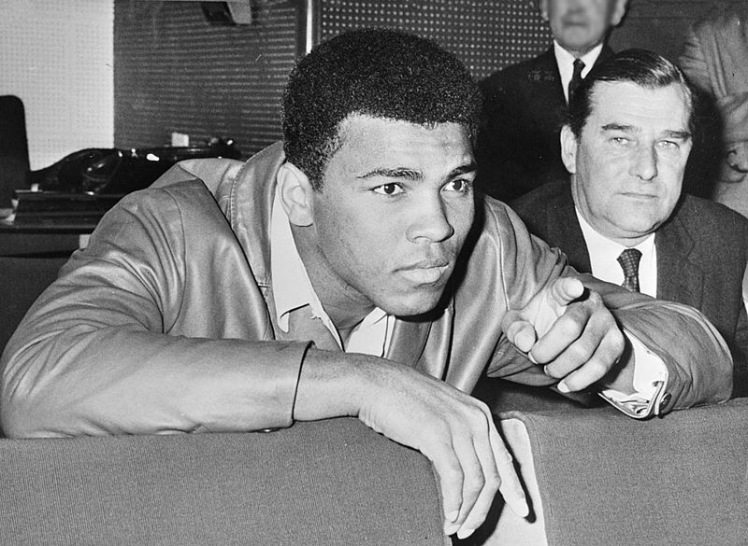 As I waited for my bag to emerge on the carousel at South Bend airport around New Year’s Day in 1996, I noticed a small throng of people around one person. The immense width of Muhammad Ali’s shoulders was the first thing I noticed, followed by the small tremors in his arms. As I wheeled my bag out towards him, an older couple had asked if they could get their picture taken with him, and The Champ stopped to oblige them.

I felt sorry for him as he stood there waiting for the picture to be taken, the shakes in his body evident. I resented the intrusion of the people who imposed themselves on him and wished they had left him alone.
He stood between the couple and placed his arms around them. Just as the picture was taken, he raised his right arm behind the man’s head and made a V-sign with his fingers to bomb the photo.

A great man who showed more bravery outside the ring taking on injustice than any man could ever show inside it.

© Antoin O'Floinn and teflondub.com, 2015. Unauthorized use and/or duplication of this material without express and written permission from this site’s author and/or owner is strictly prohibited. Excerpts and links may be used, provided that full and clear credit is given to Antoin O'Floinn and teflondub.com with appropriate and specific direction to the original content.
Loading Comments...
%d bloggers like this: